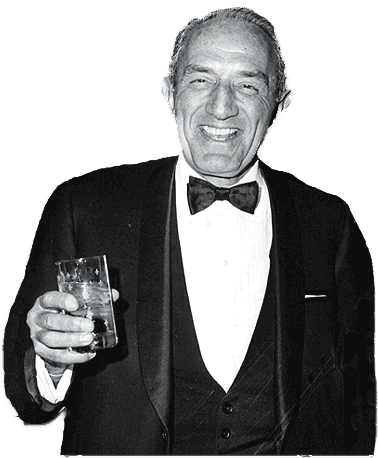 His life will be forever interwoven with the history of the immigrant experience in America during the Twentieth Century. He was a part of it all: New York and Prohibition in the twenties, gambling and the early development of South Florida in the thirties and forties, and the development of Las Vegas in the fifties.

Born in Harlem, he worked on Wall Street for five years, starting at the age of fourteen, while attending night school to better himself. Falling in with cronies from the neighborhood, he was involved in an armed robbery, was caught and sentenced to Dannamora Prison for five years.

“I was just a kid, a good candidate for rehabilitation. But, no, they sent me up the river, threw me in the cooler for months at a time, and beat the hell out of me. Because, you know, I was a bit of a rebel. By the time I came out, I was a good criminal. I never had a job again.”

He followed the famous underworld code of silence and made his oft-quoted remark, “According to my best recollection, I don’t remember”, while testifying before the SEC’s Scopotone investigation in 1969. He was described, at that time, by U.S. Attorney, Gary Naftalis as “one of the most significant organized crime figures in the United States”.

He lived a life of glamour and celebrity. Charismatic and complex, charming and intelligent, he was well-loved by all who knew him. By the time of his death at ninety-six, he was the last of his kind. A living legend…created by the myth of the mob.

Available at Amazon.com and Booksellers Worldwide